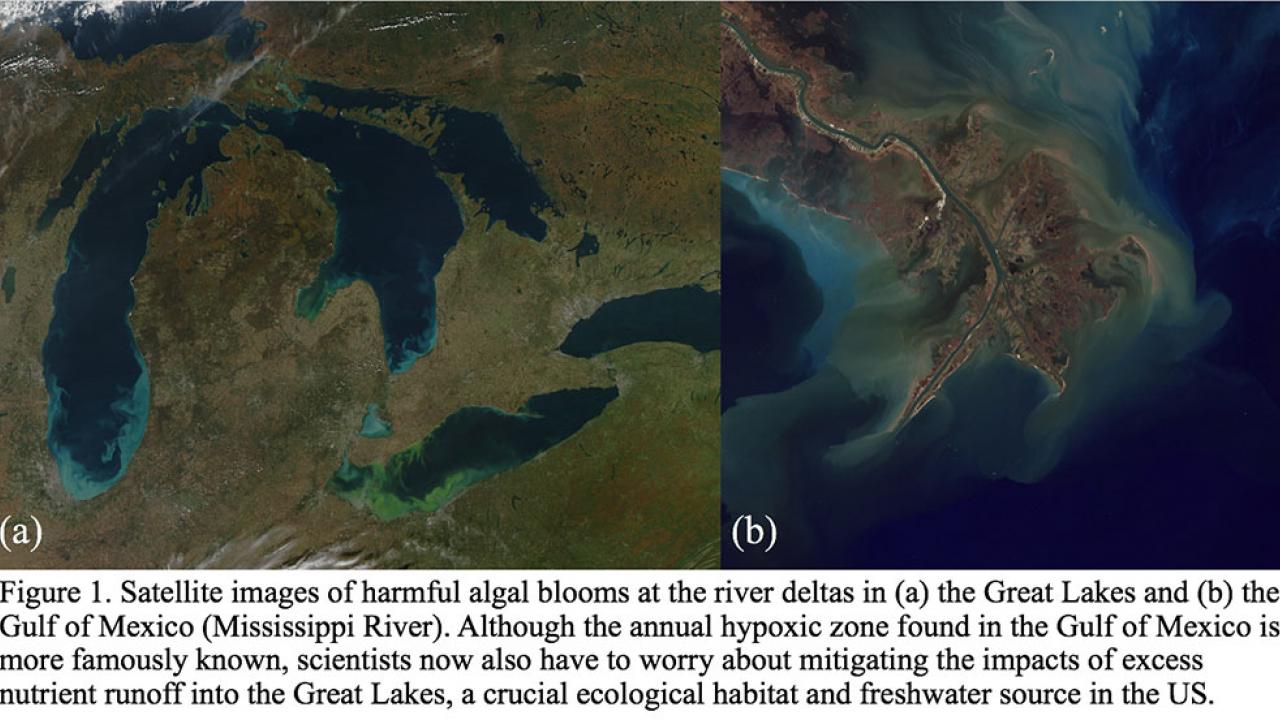 Growing up I was no different than the rest when it came to water “weeds”. I was terrified to feel the slime and whip-like stalks wrap around my legs as I waded into streams and lakes. The horrifying mixture of slippery rocks (diatoms), feather-like strands of filamentous algae on my legs, and squishing sediments between my toes sent strains of panic up my spine. As kids we perpetually persevere; my focus at the time to remain as close to the water surface as possible so as not to contact the dark abyss of the stream bottom (and the horrific photosynthesizers) again.

As it turns out, my disdain for the proliferation of these photosynthesizers was severely misplaced. In fact, most play a crucial role in supporting whole stream ecosystems. Other than providing a food source and refuge for small-bodied animals, they have sizable control over the hydrological flow of the system, specifically in smaller streams. Moreover, through uptake of excess nutrients (fertilizers from agriculture) into their tissue and the deceleration of flow (increasing sediment deposition) they serve as a biological filter. This ensures that the water that confluences with larger waterbodies downstream is less turbid (clearer), more oxygenated, and lower in superfluous nutrient concentrations.

With all biological beings, there is a threshold for functional success. Unfortunately, the increasing pressure we are putting on these systems to “clean up our extras” has surpassed their ability to remove our footprint. For example, we now have an annual, spring harmful algal bloom and hypoxic (low oxygen) zone that forms at the mouth of the delta of the Mississippi River (Figure 1). This bloom results from the transport and accumulation of excess nutrients (nitrogen and phosphorus) that were previously applied to farm fields upstream. This region of eutrophication (high productivity) stimulates toxin-producing algae to rapidly take up these nutrient resources, releasing toxins that are harmful to other animals (including humans). As nutrients deplete, the algae die and sink deeper in the water column. Microbes break down the dead tissue and through microbial respiration deplete the area of oxygen, making it unsafe for other species that require oxygen from the water to breathe. Those that are mobile flee the scene to areas of higher oxygen concentrations; however, many slow or sessile (non-moving) organisms are left to die. 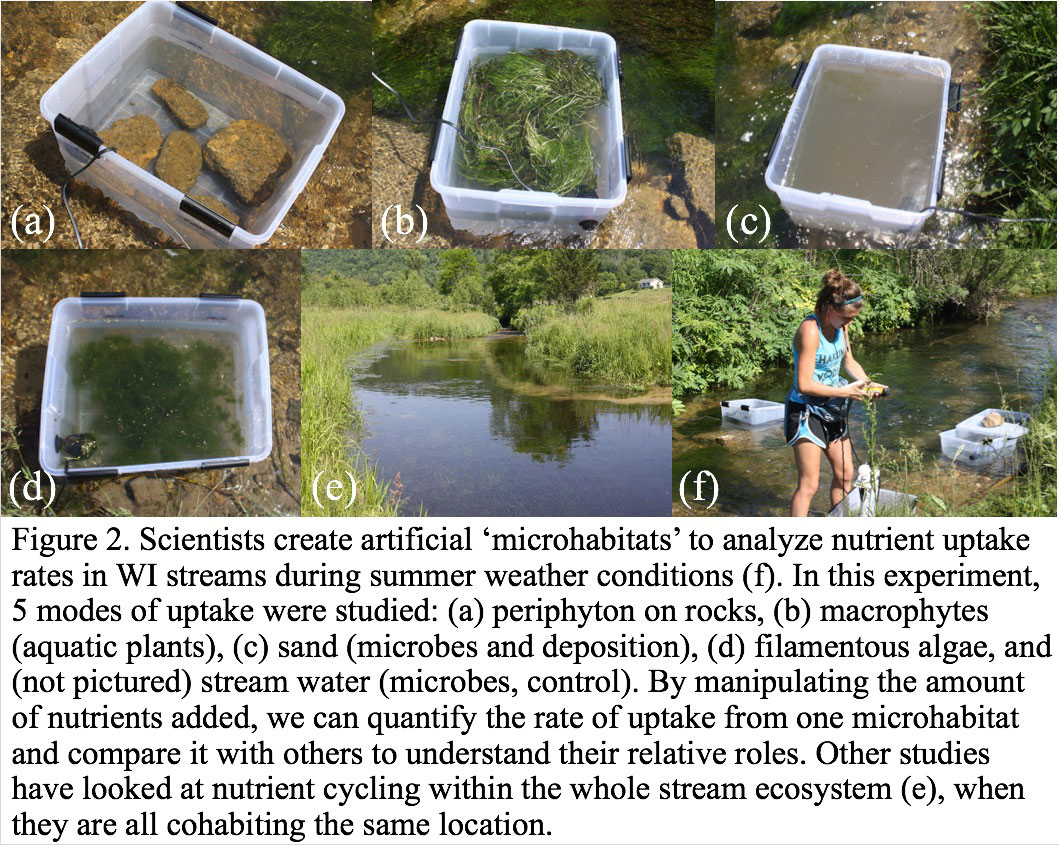 Although we have a general understanding of the aquatic cycling of nutrients, less understood is the relative roles that specific photosynthesizers have in uptake. For example, we know that for any one set of environmental conditions (light, temperature, flow, etc.), some photosynthesizers will be better competitors (i.e. will uptake more nutrients). However, natural conditions are ever-changing and as such, scientists now seek to understand what happens to shift in competition within communities (Figure 2). Therefore, along with mapping physical flows of nutrients, scientists are trying to map localized nutrient cycling in and out of organic material (photosynthesizers). This information can potentially aid management entities in creating natural, biological “nutrient barriers” (plant buffering zones) that sequester nutrients in pulse regimes, therefore reducing the impact agricultural entities have on neighboring waterbodies.

As an aquatic scientist I again find myself wading into the muck and grit and slime of streams, however my fear no longer stems from wispy plants and fuzzy algae. Instead I fear for ecosystems downstream of “the weeds”, as we already see how life is destroyed without their filtering capacity.

College of Agricultural and Environmental Sciences