In 2007, a series of 29 marine protected areas (MPAs) went into effect along the central California coast, representing approximately 204 square miles and roughly 18% of California’s state waters. The Marine Life Protection Act (est. 1999) requires scientific monitoring of these MPAs in order to evaluate their effectiveness as a tool for conservation and fisheries management. The California Collaborative Fisheries Research Program (CCFRP) was designed to do just that! To examine the effects of MPAs on local marine resources, CCFRP actively monitors MPAs and reference sites along the California Coast. Bodega Marine Laboratory division of CCFRP monitors two MPAs: Bodega Head SMR and Stewarts Point SMR.

Using standardized scientific methods, developed during a workshop that incorporated input from academic scientists, marine resource managers and members of local fishing communities, CCFRP collects data on nearshore fish populations to help evaluate the effectiveness of Marine Protected Areas (MPAs) as a tool for conservation and fisheries management. CCFRP collaborates with charter boats and local volunteer anglers to study fish populations both inside and outside of local MPAs (Stewarts Point SMR & Bodega Head SMR). CCFRP uses catch-and-release fishing to record the type (species), size (length), and number of fish caught. In addition, we tag and release fish to track their movement over time. With these data, we can determine whether any changes in fished and unfished populations are due to differences in the area, season, year, or level of protection which are important factors to understand when assessing the effectiveness of marine reserves.

By sampling the same areas and employing identical methods year after year, CCFRP will be able to detect long-term changes in nearshore fish populations from the region. Because CCFRP surveys began the same year that these MPAs were established, initial differences in fish sizes and/or abundances are accounted for, unbiasing any inherent differences between protected and unprotected areas prior to 2007. With continued sampling, CCFRP will be able to determine whether any changes in fished and unfished populations are due to differences in area, season, year or level of protection: important factors to take into account when assessing the effectiveness of marine reserves. 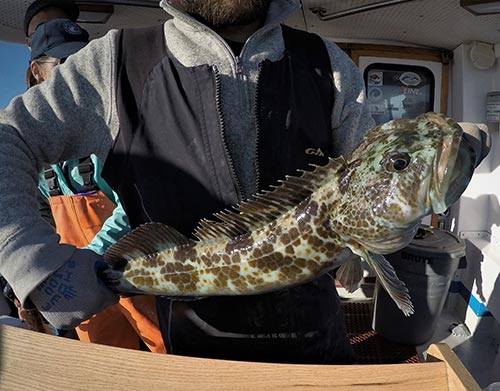 We lead fishing trips each summer/fall to collect data for fisheries management and to monitor California Marine Protected Areas (MPAs). Our program seeks to bring together scientists, recreational anglers, and commercial fishing crews to better understand the ecological impact of our local marine reserves using catch-and-release sampling by hook-and-line fishing. We fish within and just outside of MPAs to evaluate their effectiveness as a conservation tool for groundfishes. Our aim is to keep everybody safe and to have fun while we collect useful data that will help us keep fisheries healthy for generations to come!

We will be sampling both Bodega Head and Stewarts Point on the following dates (though where we go on any given day will depend on the weather):

This project is generously supported by the Ocean Protection Council.