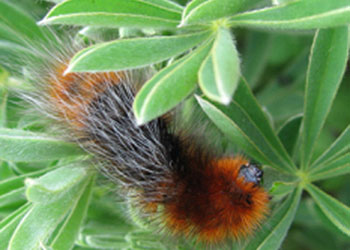 Many workers define ecology as the science that explains the abundance and distribution of species. Despite a century of work on questions surrounding this, the field has only a rudimentary grasp on the factors that are important. Rick Karban (Dept. of Entomology) has been censusing populations of wooly bear caterpillars in the Bodega Bay area for 25 years however, there is relatively little in the way of understanding the factors that produce patterns in abundance and distribution. The ‘usual suspects’ all have relatively little explanatory power: weather, food limitation, and parasitoids all fail to provide much insight. Indeed, caterpillars often recover from the attacks of their tachinid parasitoids and alter their diets when parasitized to increase their chances of surviving. Including a more complete food web in our analysis does not appear to provide more resolution although ants may be unappreciated as predators and food quality may also be important. Karban is collaborating with Perry de Valpine to attempt to develop new analytical techniques that will account for more of the variance in abundance data. He is also collaborating with Marcel Holyoak to examine spatial patterns of abundance.

Sharon Strauss (Ecology and Evolution) has a long-term focus on the inextricable interrelationship between ecology and evolution, and its effect on the functioning of natural systems. Her lab’s research focuses on how organisms are influenced both ecologically and evolutionarily by the complex communities in which they are embedded. The ecology of organisms reflects their long-term evolutionary history, with all its contingencies. The extent to which related species share and diverge in ecologically important traits, and how this shared ancestry affects community assembly, is a growing area within ecology. In addition, ecological dynamics and community assembly are influenced by micro-evolutionary change. Ecological communities and abiotic environments exert selection on organisms; evolution in response to such selection, under the constraints of long-term evolutionary history, often results in populations that differ in traits from the parental generation. These different trait values, in turn, can feed back to affect the ecology of a system. 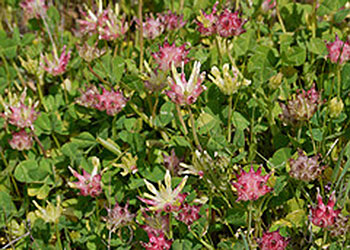 The Strauss Lab has asked how does relatedness interact with mechanisms of community assembly in a native plant community? With Jean Burns and Brian Anacker, Strauss has studied plant community assemblages at the UC Bodega Marine Reserve. They use experimental approaches, planting individuals into the niches of more and less closely related species, to understand niche conservatism and coexistence among species. They are also measuring many traits and environmental attributes across their site to understand the major contributors to coexistence in this diverse community.

Another project on the Bodega Marine Reserve is understanding the role of rhizobia and soil communities in coexistence of diverse Trifolium species assemblages. There are 9 native species of Trifolium, and many introduced ones. In collaboration with Maren Friesen at MSU, Strauss will be starting a large project in which they use transcriptomics of Trifolium species planted across soil niches, in the presence and absence of the local competitor, as well as rhizobial sequencing and rhizobia-species affinity/interactions to understand competitive/mutualistic interactions and N-fixation efficiency.