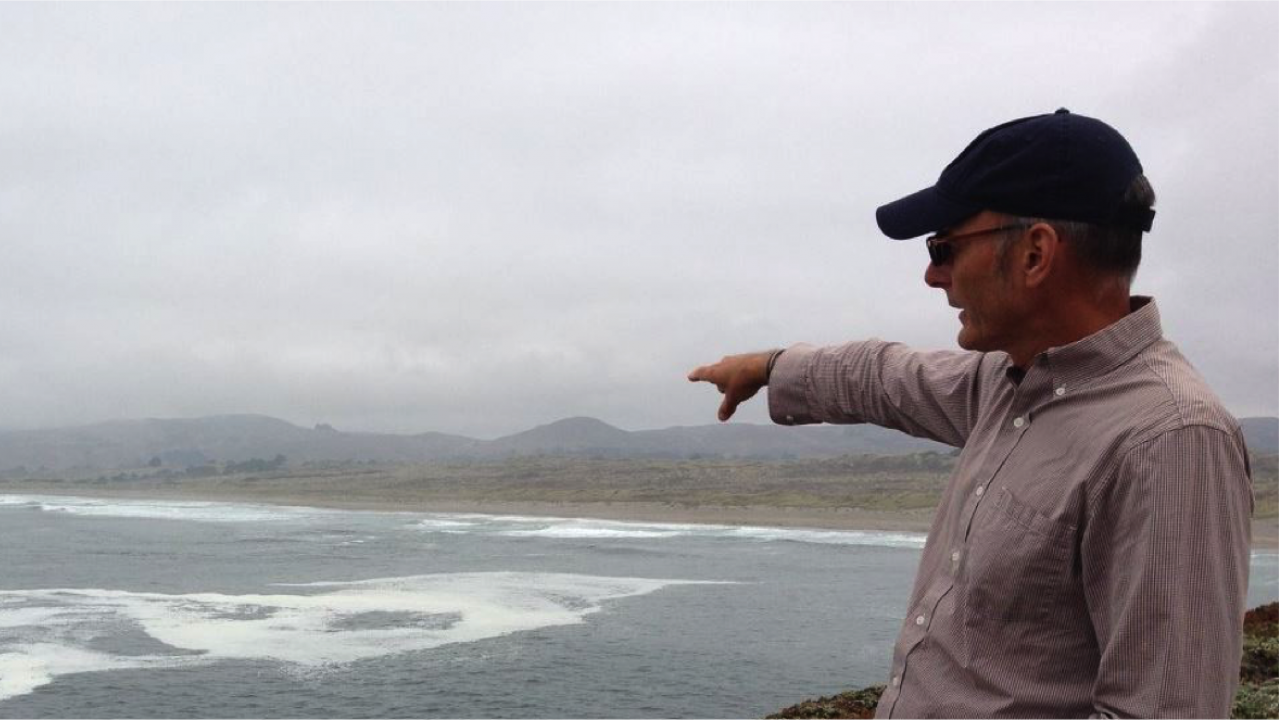 ﻿John Largier is a Professor at the Bodega Marine Laboratory and an environmental oceanographer who is interested in ocean connectivity.

As associate director of the Coastal and Marine Sciences Institute, John Largier is known by many both inside and outside of CMSI, working in California as well as along the eastern boundaries of other continents. He grew up in Cape Town, South Africa, and attended the University of Cape Town for both his B.S. in applied math and physics and his Ph.D. in oceanography. He is a professor of oceanography and leads the Coastal Oceanography Group at the Bodega Marine Laboratory.

Dr. Largier has a passion for studying the California coast. When asked about what was his field of research, Largier explained it as the study of water motion and water-borne transport:

“I like to see how water connects things in the ocean—how it connects communities and people and ecosystems and organisms. The analogy, of course, is the blood circulation in your body. It connects all of your different organs, and if it stops, you wouldn’t be living very long. If the ocean stopped moving, it would also die pretty quickly.”

His research is often inspired by observations he has made in the field.

“One of the approaches I have taken to the science is to be an observer – a naturalist. Every day you see something in the ocean that is worth commenting on.”

Largier applies this mentality to his teaching as well. In the Coastal Oceanography class (ESP 152) that he teaches at the Bodega Marine Laboratory, students keep ocean journals where they record daily ocean observations. Largier then asks students to try to draw analyses from their observations.

His research is also motivated by environmental challenges. He calls himself an Environmental Oceanographer, adopting an approach in which he uses oceanographic knowledge to help solve environmental problems.

“I will end up answering similar questions as other oceanographers, but the questions are always informed by an underlying environmental problem. This perspective is seen in my papers, but it is most evident in my engagement beyond academia. Engaged scholarship.  Being a scholar in a way that’s engaged with society. I spend a long time doing that because our research is intended to relevant—for example—ocean acidification, marine protected areas, salmon and wetland conservation, stormwater pollution, wastewater, desalination, etc.”

Largier’s advice to aspiring marine scientists is simple, and something that we all should remember.

“Do things you find interesting and enjoyable. Once you pick up the skills you need, you can go with the flow a little bit – guided by your curiosity and enthusiasm. You don’t have to be a martyr to be a scientist. That way you will be more creative.”

Learning From Jellyfish and Ancient Cholesterol